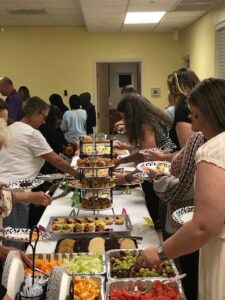 To commemorate 9-11 and celebrate the International Day of Peace, the Hagerstown Area Religious Council (HARC) held an Interfaith Progressive Dinner on Sunday, September 11. With the theme “From Lament to Hope,” the dinner was held at four different houses of worship, with each providing a brief program.

One part of the meal — appetizers, soup/salad, entrée, desserts — was served at each location as participants traveled from place to place. Participants learned about different faith traditions, sampled spiritually and culturally relevant foods, and built a sense of community.  A vigil was held at the first stop in remembrance of 9-11-2001, and at the last stop hosts celebrated the hope in our interfaith relationships.

Houses of worship stops included: Zion Reformed United Church of Christ, where appetizers and punch were served; Congregation B’nai Abraham, for Matzah ball soup, challah bread, and salad; Church of Jesus Christ of Latter-Day Saints, which presented a large buffet of tasty Hispanic-themed entrées; and Islamic Society of Western Maryland, where participants topped off the evening with delicious desserts and fresh fruit.

Ninety-four tickets were sold, with a donation to cover costs, and approximately 80 people attended the event. Some participants said this was their first time visiting a synagogue or a mosque.

Anwar Quadri, President of the Islamic Society of Western Maryland, said, “Thanks to all for visiting our mosque. It was a great program. Everyone was so nice, humble, and appreciative.”

When asked on a post-event survey which part of the event was their favorite, several participants said: “How welcoming our hosts were at each house of worship. And of course, the terrific food!”

The Interfaith Team of HARC was formed shortly after the tragic events of September 11, 2001, as a way to bring representatives of different faiths together and provide a forum for interfaith dialogue in our community. 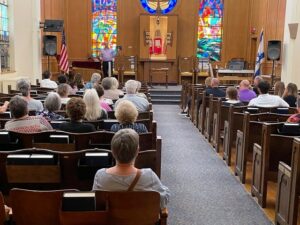 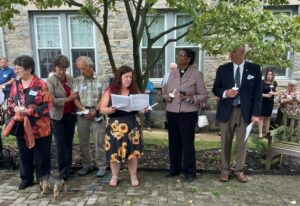