The Church is located at 21006 Twin Springs Drive, Smithburg, MD 21783. If you are interested or
have further questions, please email SPRC Chair Karen Keefer at klkeefer73@gmail.com.

No matter where you start, yoga has the power to calm and strengthen the mind and body.  This beginner class is for anyone who wants to gain a better understanding of yoga in a down-to-earth, no-judgement environment.

Classes include exploration of breathing exercises, standard poses, 7 Chakras, meditation and how they all work together to bring internal peace.  This series is designed to meet the needs of those new to yoga, as well as those seeking continued understanding of yoga basics.  Please bring your own mat, open mind, and water. Taught by Sandy Morrel, E RYT 200 Prana Vinyasa® teacher since 2009 and has taught over 6000 classes to all body types, ages and activity levels.

Experience Chair Yoga at Otterbein. All ages are welcome!  This chair yoga series is suitable for ALL levels and abilities. No previous experience is necessary. You will be guided through low-impact asanas (postures) from the comfort of a chair to increase flexibility, strength and balance. Modifications for each asana will be given as needed.  Additionally, you will be guided through breathing exercises and meditation to promote wellbeing and strengthen the connection between mind and body. Our Instructor, Shae Cowfer is a 500HR Registered Yoga Instructor and has been studying and practicing Yoga and Ayurveda for 5 years. Call the Otterbein Office at (301) 739-9386 to sign up for this a FREE class.  Flyer.

Zion Reformed UCC is asking for donations for their Tuesday Ministry.  On Tuesdays, they serve a hot meal and offer food from their pantry to help members of the community get through the week.  During Covid and inflation, the number of people they help has increased dramatically.  They are currently serving between 100-150 people every Tuesday.  They are looking for donations to restock their pantry with items that are popular.  Peanut Butter, Tuna Snack Packs, Chicken Snack Packs, Raisins, Fruit Snacks, and Chewy Breakfast Bars. They also welcome new volunteers! Anything you can do to help this much needed ministry is gratefully appreciated. 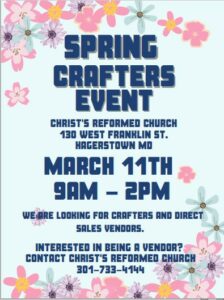 Christ’s Reformed Church and Aspiring to Serve will be hosting a Spring Event featuring crafters and direct-to-home vendors.  Sales of table spaces will benefit CRC and ATS. If you would like to participate, please contact the church office at 301-733-4144

The Hagerstown Area Religious Council (HARC) elected new members to its Board of Directors during its annual membership meeting on January 10, 2023.

Pastor Chris has been with the United Methodist Church of the Baltimore/Washington Conference for 27 years. He moved to Washington County four years ago with his wife, Elizabeth, and two sons, Mukisa, 17; and Mugabi, 15. Pastor Chris joined the HARC Board in July 2021 and was just elected to a one-year term as its president. “I appreciate [HARC’s] mission of caring and helping the needy. My prayer is to be a bridge,” he said. “I want to close the gap of racism that separates people. We are one people in the Lord.”

Rabbi Mark Perman and his wife, Elizabeth, arrived in Hagerstown in January 2022 so he could become the spiritual leader of Congregation B’nai Abraham. Prior to moving to Los Angeles to be with Elizabeth in December 2020, Rabbi Mark had served as rabbi/cantor at B’er Chayim Congregation in Cumberland for four years. Previously, Rabbi Mark had also served congregations in Texas, Connecticut, Georgia, and New Jersey. He has worked as a hospital, hospice, and prison chaplain.

Rabbi Mark is excited to be on the board at HARC, since helping to build interfaith cooperation and connectedness has been a priority for him since graduating from Hebrew Union College-JIR in New York with ordination as a cantor in 1997. He is also a 1986 graduate of New York University. Rabbi Mark and Elizabeth enjoy sharing their home with their poodle, Chloe and cat, Apollo. When not working, Mark enjoys playing tennis, hiking, and hosting his weekly podcast and radio show called “The Interfaith Roundtable.” 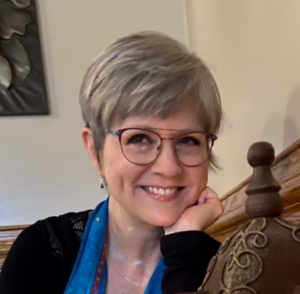 Kelly began her 20-year career in the communications field as graphic artist, design editor, and copy editor at the former Herald-Mail Company, followed by positions as managing editor of several corporate in-house magazines. She also earned a master’s degree in mental health counseling and worked as a therapist for several years.

Kelly retired in 2016 and now uses her writing, editing, and communications skills as a volunteer for HARC, as well as for Pregnancy and Infant Loss Awareness (PAILA) of Washington County. Kelly is an award-winning novelist in the historical fiction genre, with two published novels — Shaman and its sequel, The Passage — and an anthology of personal essays titled 7 p.m. (and other essays). She is passionate about making sure marginalized voices are heard. “I love everything HARC stands for,” Kelly says. “Contributing feeds me on many levels.” She lives in Hagerstown with her husband, Marcus. 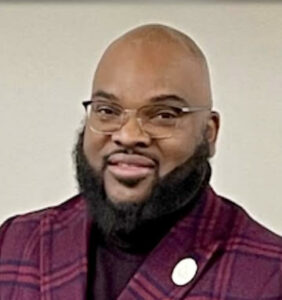 Les L. McIntosh Sr. is the Lead Pastor of Impact Ministries in Hagerstown, Md. He is a native of Youngstown, Ohio, husband to beautiful wife Danita McIntosh and the father of five children, Kayla, Leslie Jr., Sydnee, Adriãna and Darian, and grandfather to Zola.

Pastor Mac is an anointed prolific Bible preacher and teacher. His passion for Christ began in childhood and includes service to the Kingdom as a deacon, elder, dean of Christian education, Sunday school teacher, men’s leader, evangelist, choir member and musician. He received his Elders License under the pastorate of Bishop David L. Herron of Warren, Ohio. Pastor Mac has a strong passion for ministry and a heart to serve leaders. He is also a successful business entrepreneur who founded and ran Les Energy LLC for 12 years until following God’s call to focus fully on ministry.

“I’m excited to be part of HARC, whose work I admire,” said Pastor Mac, “as well as excited to make an impact with those committed to making change.”