See No Stranger: a Memoir & Manifesto of Revolutionary Love 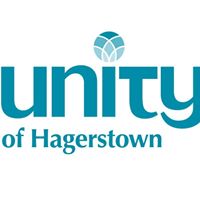 See No Stranger: a Memoir & Manifesto of Revolutionary Love by Valarie Kaur

Kaur takes readers through her own journey into a racial, joyful practice that extends in three directions: to others, to our opponents, and to ourselves. It enjoins us to see no stranger but instead look at others and say You are a part of me I do not yet know. Starting at that place of wonder, the world begins to change: it is a practice that can transform a relationship, a community, a culture, even a nation.

Kaur is a civil rights activist, lawyer, filmmaker, innovator and founder of the Revolutionary Love Project. She has won national acclaim for her work in social justice on issues ranging from hate crime to digital freedom. Her speeches have reached millions worldwide and inspired a movement to reclaim love as a force for justice. A daughter of Sikh farmers in California, she earned degrees from Stanford University, Harvard Divinity School and Yale Law School. (from the jacket of See No Stranger)